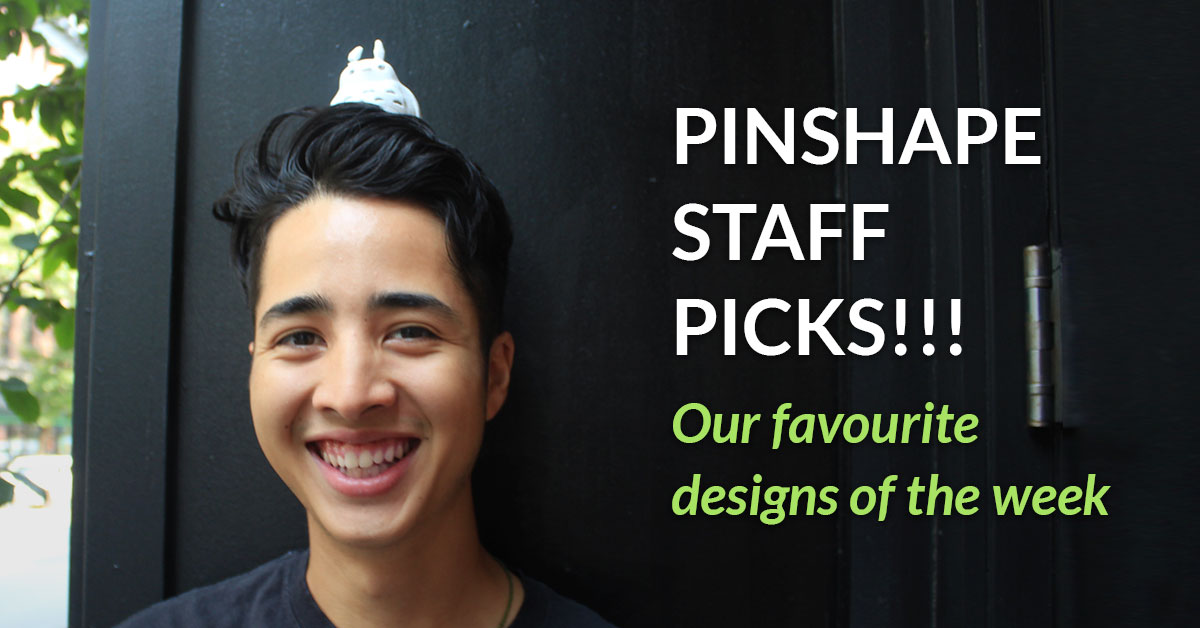 3D models you have to check out! Week of July 9th

You better believe it when we say it’s hard to find 3D models our individual top picks for the week! There’s just too many good ones! We comb through designs, and choose ones that appeal to us, then narrow it down to ones we’d want to share with the community— whether it’s because it’s aesthetically pleasing, or that it’s useful. We hope you’re having a good time reading our sincere blurbs for each design! Without further ado, our picks for the week:

When I saw Alex’s design, I immediately loved it. The idea of being able to augment yourself with an exoskeleton has always been such a cool idea to me, and now anyone with a 3D printer can have one for themselves. It also makes for a fun project since it requires a little bit of work to put together. I know right now it’s more cool than useful, but I can’t help think of a future that involves fighting off aliens with a more powerful version! Better start training!

Skulls are cool. And so is this support-free BONEHEADS kit by 3DKitbash. It contains digitally sculpted skulls of a Warthog, Duck, Human, T-Rex, Bull and Vulture. We have had great results printing 3DKitbash skulls with Madesolid’s Almond PET+ filament, since it gives it a nice bone color. Check out our prints of the Boneheads Skull!

Made in Canada Pendant by MorenaP

This Canada Day was indeed memorable for me, having dislocated my pinky in a volleyball tournament and spending 4 hours in the hospital ER 🙁 But what made me love this design is Morena’s thought behind this Made in [Country/Place] series. Identity is something personal, yet also universal. Where we come from makes up a large part of who we are. It’s a good story and we all have one. Plus, this would make a cute bracelet! Check out the series!

Marketing and Social Media
Wishing She Was At Comic Con

This syringe prints out quite easily: the body is cut into to halves, and the needle prints upright, separately. I did print this out, and after painting it, it looks great! Plus, I’m planning to cosplay a Little Sister from Bioshock, so this is the perfect prop to go with it. When I’m done, I suspect it’ll make a great piece for display…or to collect some expensive ADAM 😛

Terry Morris’ Cookie Fork is the essence of innovation. How many cookies have suffered a slow, soggy death at the bottom of your milk glass thanks to your clumsy, Oreo-caked fingers? Too many. Luckily, Terry is at the forefront of cookie activism and here to save the day. See Terry’s page for other great designs; the Cookie Fork is just the tip of the functional iceberg.

There are many salt & pepper shakers out there in the world, but I haven’t seen one like this yet. This shaker takes it to another level. It’s a highly detailed R2-D2 miniature model that looks amazing as a salt shaker. It would look even better when painted. If only there was a Vader head to match (for pepper?)… 🙂

This one is nice. It may be an office toy or a good target for my air rifle. BennyX3D has already printed it and says he keeps finding them in random places all over the house. Such a simple design may lead to a lot of fun for kids. The Thin Man is easy to print and looks like a vivid guy – like!

That’s it for this week! Which Pinshape design would you have chosen? Check back next week for another set of picks from your Pinshape staff, or subscribe to our mailing list to get this delivered to your inbox every Friday!