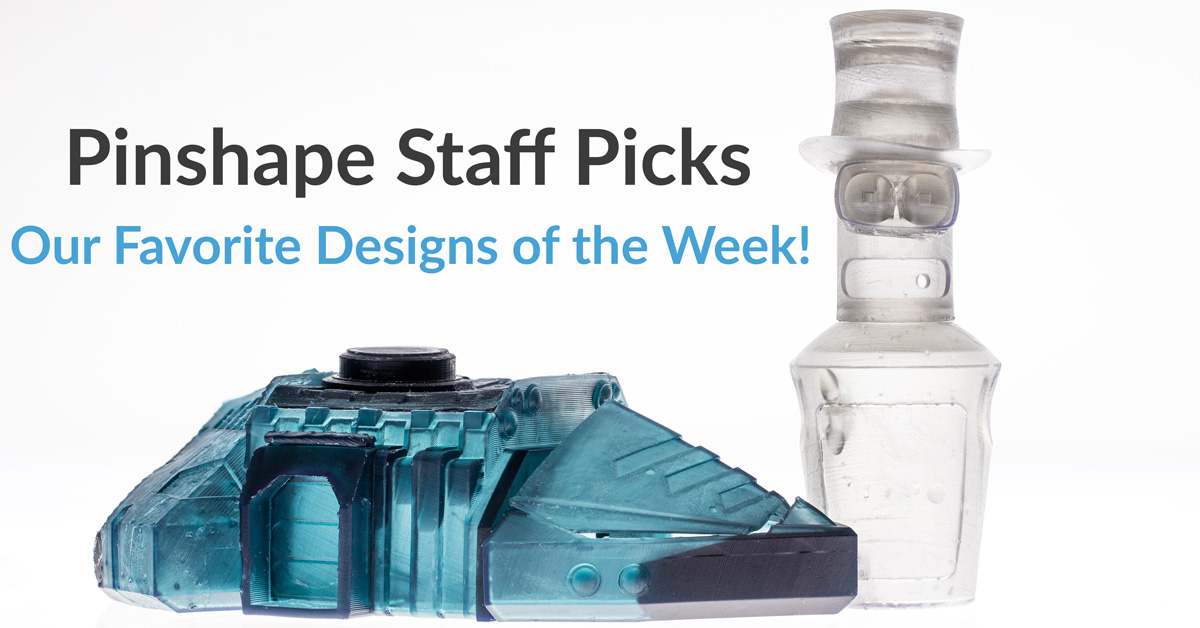 Our bike accessory contest is officially over and now our judges have the tough job of deciding on winners! We have some amazing submissions so we’re excited to see who takes home the big prize! Winners will be announced next week.  In the meantime, here’s some of our favorite designs from this week to keep you busy over the weekend. For all our friends in Canada – Happy Canada Day!

I learned to drive on a beaten-up, manual transmission, almost-antique Mercedes. Between those fond memories and a trip in a borrowed Coupe on the German autobahn last summer, I dream of getting this 13-piece eye candy assembled and ready to race across my desk.

Robots are awesome, and I know a little boy who is way into robots. This robotic arm is a perfect project to print and build with him to teach him some basics of how 3D printing can be used to build the robots of his dreams in addition to simple mechanics. He’s still 9, but can CAD up basic models in Onshape and has an FDM printer where he has learned to print (with adult supervision). I plan to print this, and gather the rest of the BOM to build one with him as an educational project!

You wouldn’t download a car. Or would you…? I know I would — this model looks sweet! You can print your own R/C car and hook it up with some tech to control it with your phone. How cool is that? I’m constantly amazed with things our Pinshape community is making. Keep it coming!

I’m a huge fan of Dutchmogul’s models! He specializes in making miniature games and this specific tank model was made to go with the customizable game, Wayfarer Tactics. He even wrote an article on tips for designing miniature models on Pinshape.

I found this lamp model by Flowalistik to be an excellent way to improve one’s home or apartment with a clever use of 3D printing. A really good design plus the addition of design variations makes this my pick of the week!

Futurama models are fantastic. Models of Futurama characters dropped into high society? It’s a no-brainer. Simon will have to try and make one that prints in one piece though I quite enjoyed the removable top hat!

My dreams of riding a magical unicorn can finally be realized! The designer also broke the pieces down so that you can print the model on just about any machine, regardless of its build volume. I already had a bike light that fits the design, but my Amazon shopping account now needs a rainbow bike light to really give this the pizazz it’s looking for.

I love this! The final product looks absolutely beautiful, something that would make most people say: you printed this on a 3D printer?!

That’s all for this week! Make sure to print any or all of these and upload pictures of your print to enter into our Push Plastic Filament Contest!