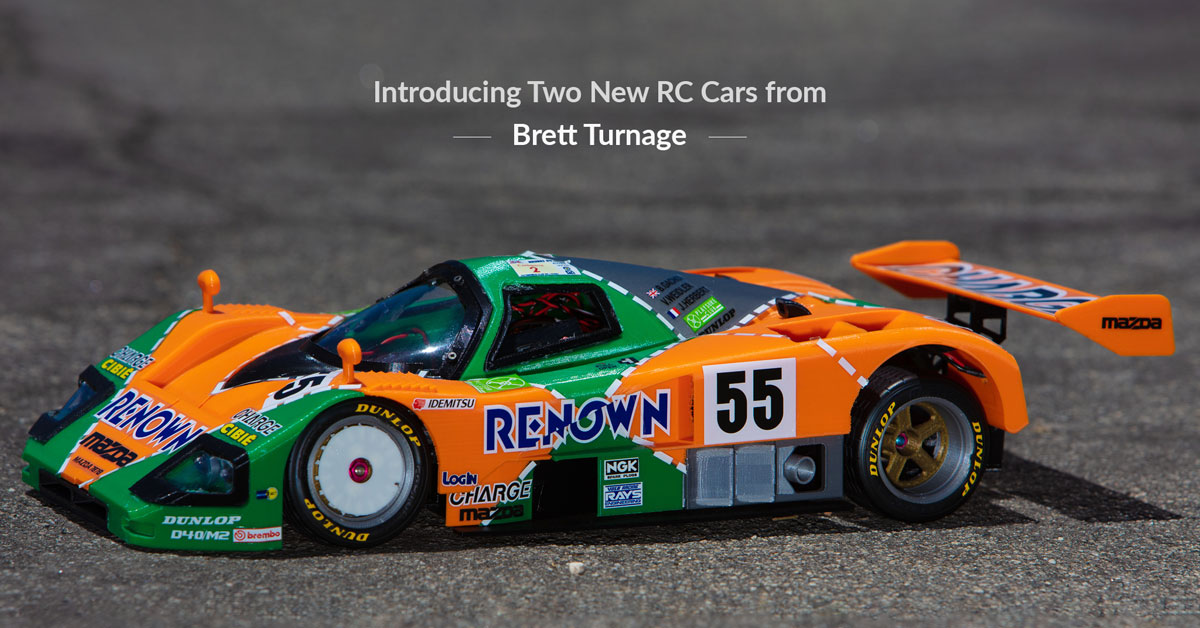 Today we’re excited to introduce two new RC cars on Pinshape from Brett Turnage; the Mazda 787B and McLaren Mp4/6.

The Mazda 787B was the winner of the 1991, 24 Hours of Lemans, and has been a long-time favorite of Brett. The low slung look, sizable rear wing, deep dish Volk rims, and iconic Renown Livery, inspired Brett to turn this car into a functional 3D model.

The 1:10 scale model was printed in 3D Solutech PLA and bolted together to form the final assembly. The rims are made from a two piece assembly, and the car features a panhard style rear suspension with rear pod and a Tamiya F104 rear axle.

The second of Brett’s new designs is a Mclaren MP4/6; the car that Aryton Senna drove to the 1991 F1 Championship. An F1 fan reached out to Brett asking if he could re-create the design, and Brett was excited to take on the project.

The McLaren Mp4/6 uses a similar design to the Mazda 787B through the use of a Tamiya F104 rear axle. It also features front suspension, a functional rear rain light, and a smart modular design.

Each of the cars incorporate a number of exciting features like pre-threaded bolt holes, functional air ducts, and diffusers. They demonstrate advancements in Brett’s design ability through the use of more complex lofts and curves that make models that are true to the form of the original cars. Full manuals are included for each of the designs, and we’d be excited to see how your model turns out if you give one of these a try!